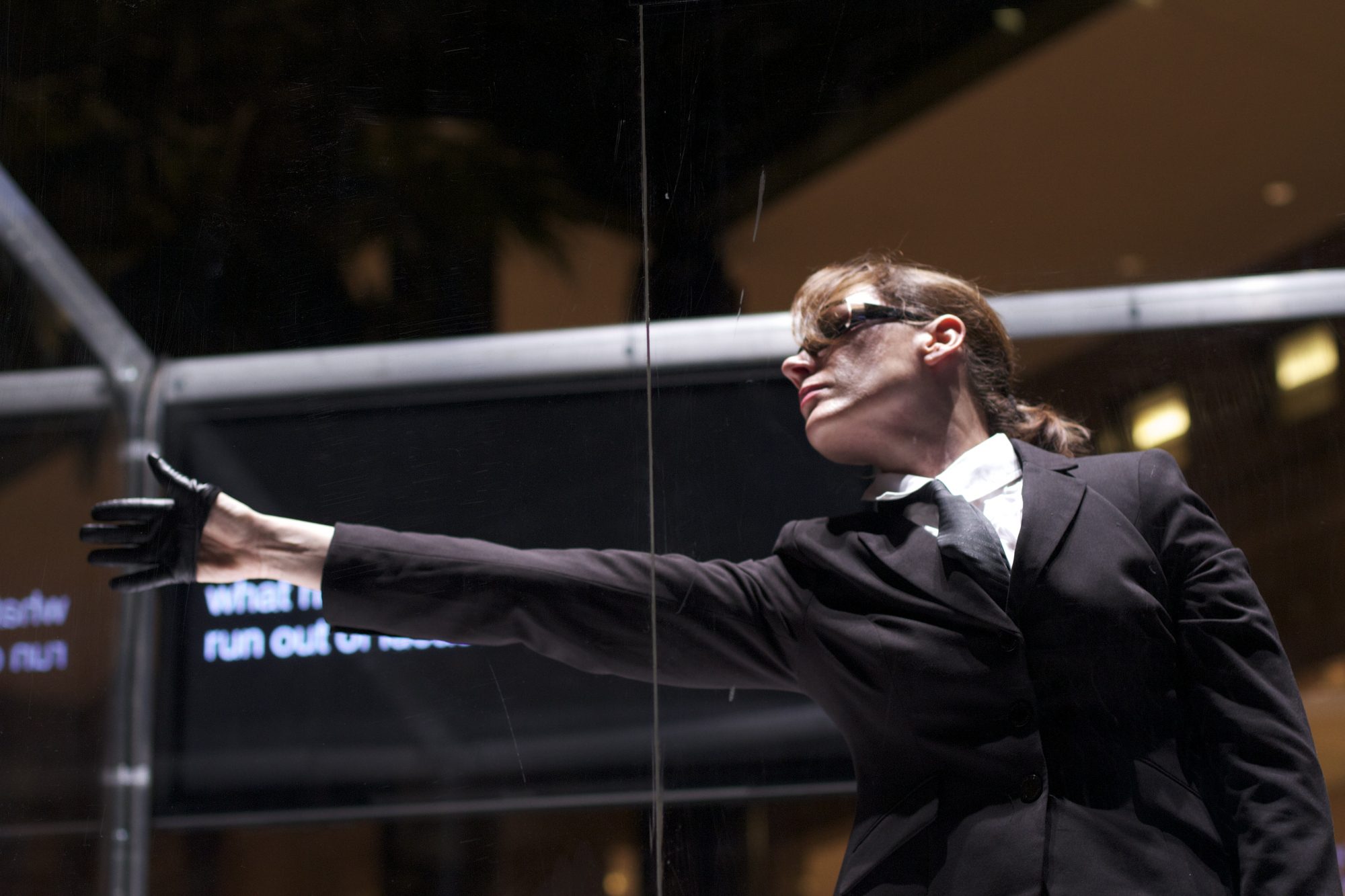 The Attendants 2020 by The Nerve Tank

Presented by Arts Brookfield as part of #BFPLatHome

Tips for the best experience:

Watch the performance above on Wednesdays and on Facebook on Sundays in June.

Inspired by confinement and virtual connectivity, The Attendants 2020 is a re-imagining of the cutting edge interactive performance presented at Brookfield Place in 2011. Chance Muehleck and Melanie Armer, co-founders of The Nerve Tank, have adapted the project in response to the public’s new normal, which relies on technology more than ever to communicate and connect with others. And the concept of waiting, which was so vital to the original piece, has taken on a whole new meaning.

Viewers will be able to influence the piece by sending text messages to the performers from 12-6pm EST every Wednesday in June. The performers can only respond with their bodies, each streaming in from the safety of their own homes. A recording of the live broadcast will be played every Sunday, 12-6pm EST.

Tune in to experience this new performance that encourages a moment of reflection about the new world we live in.

About The Nerve Tank

Named One to Watch in 2010 by BroadwayWorld, The Nerve Tank is a world-class innovator in theatrical performance. Founded by Melanie S. Armer and Chance Muehleck, the company collaborates with actors and designers in a spirit of artistic adventure and remodels traditional performance methods. The Nerve Tank combine elements of popular culture, mediated image, and physical presence to test lines of engagement between spectator and live event.

Based in New York, they have staged works at chashama, Dixon Place, University Settlement, Incubator Arts Project, Brookfield Place, the Grace Building Plaza, and La MaMa ETC. From 2008 to 2010 they were the resident theatre company of the Brooklyn Lyceum. NT was named a Person of the Year by the New York Theatre Experience, and The Maiden was nominated by the New York Innovative Theatre Awards for Outstanding Performance Art Production in 2014.

To learn more about the Nerve Tank please click here.